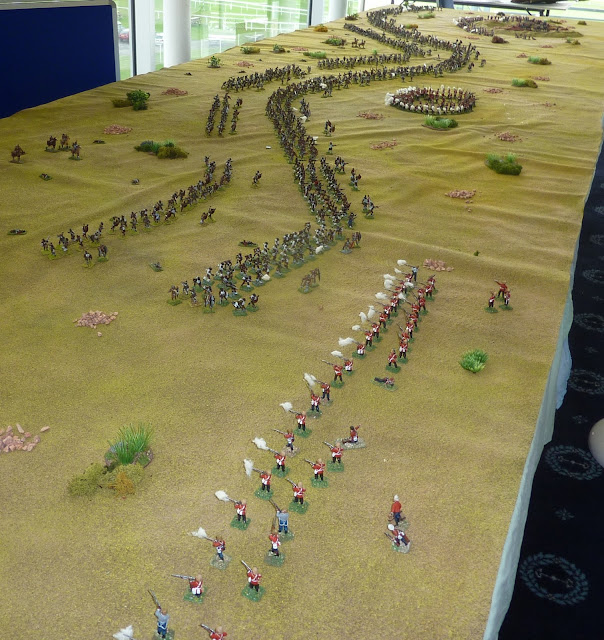 I was most impressed by the one to one Isandlwana display at Colours at Newbury last week.  The figures weren't that brlliantly painted but the sheer number (around 3,000) gave an excellent idea of what a small (!) colonial engagement looked like.


It certainly gave me pause for thought as regards how many figures I needed to paint to to recreate this batttle.  I have been thinking about 1/10 but this set-up offered 1/1 as regards numbers. 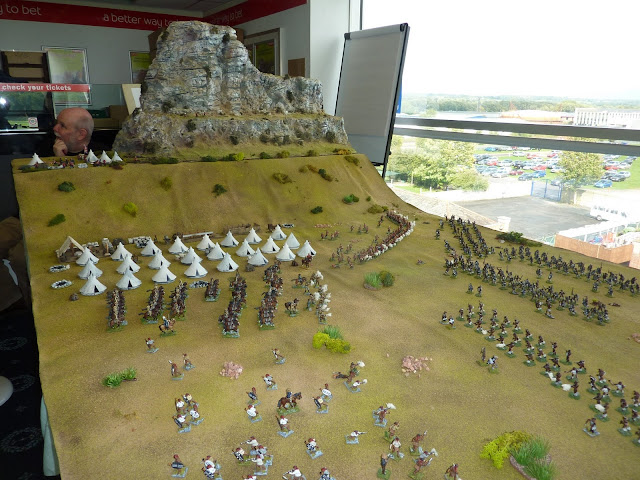 Isandlwana, as a wargames refight, is really about recreating small segments of the battle at a company level, I think, and this vast version really gave me an overall view on how this might be broken down into individual elements.

In a way it was rather like the Gripping Beast/Grand Manner Gallipoli set up at Salute this year in that it made such a definitive statement as to be beyond the capability of the ordinary gamer to reproduce.  Nevertheless I will have a good go at producing some more figures.