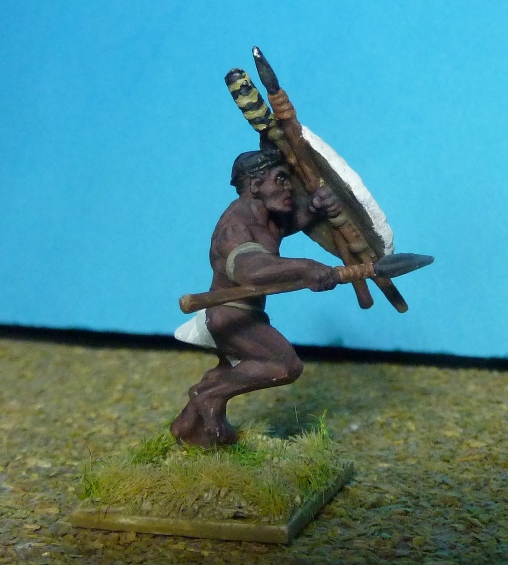 I bought a box of Warlord Games new plastic Zulus last week and managed to get one painted over the weekend.  I will review the contents of the box another time but now I will just give my initial impressions. 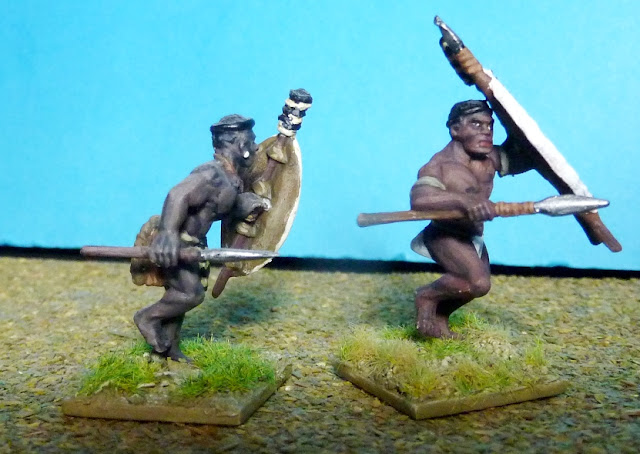 Firstly, how compatible are they with my existing figures?  Most of my Zulus are Empress Minatures metals sculpted by Paul Hicks. Frankly, the latter are my least favourite of the four manufacturers  I own, although they are the most historically accurate as regards clothing; including, for example, the clay pipes that Zulu warriors often carried about their heads.  The anatomy of the Empress metals is rather odd but my real problem with them is their size: they just aren't big enough to be Zulus (European eyewitness accounts constantly refer to the large size of the Zulus).  The new plastics are much more imposing, however. 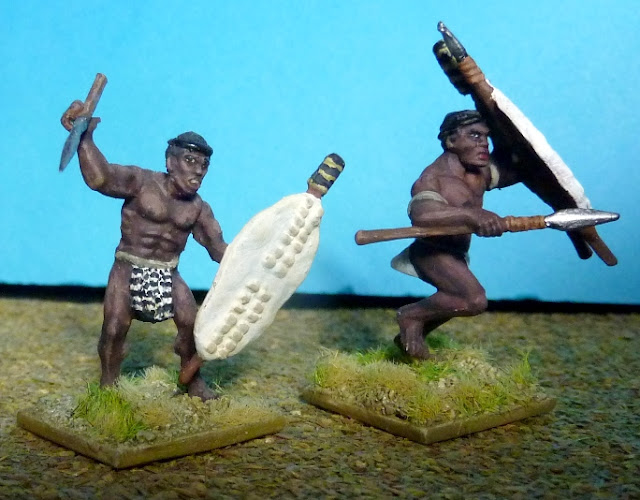 In size they are much closer to the Wargames Factory plastics but look less ungainly as Warlord have included the top half of the arm with the legs and torso sculpt.  The Wargames factory ones suffer from plastic figure zombie arms.  However, in order to achive a seamless fit of the forearms (which often include moulded on weapons and shields), they have added an armband on the figures.  These plain armbands do not appear on any pictures of Zulus I have ever seen and so historical accuracy has been sacrificed in favour of ease of construction. 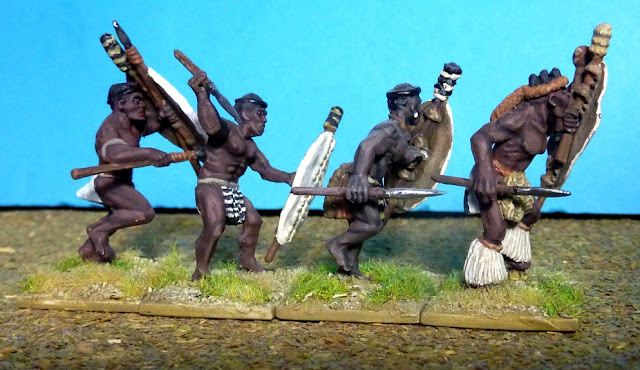 
The Foundry Zulus are based on Mark Copplestone's Darkest Africa sculpts and are the biggest of the four manufacturers figures but I think they have the micest anatomy and easily the most natural looking poses.

The Warlord figure was easy to paint although the armband on one arm didn't line up underneath.  I'm not sure about the textured shields either and I think I prefer the Wargames Factory ones which are also thinner.  The Warlord shields are as thick as a metal one.  I also found it difficult to position the shield in a way that the poor Zulu could actually see where he was going.  Also the bases are very wide which meant I had to place this first one diagonally across my 20mm square base.  Next time I will trim the base first.  The weapons for the Warlord figures are much better with the binding on the spears being modelled accurately (and uniquely for any of the figures I have). 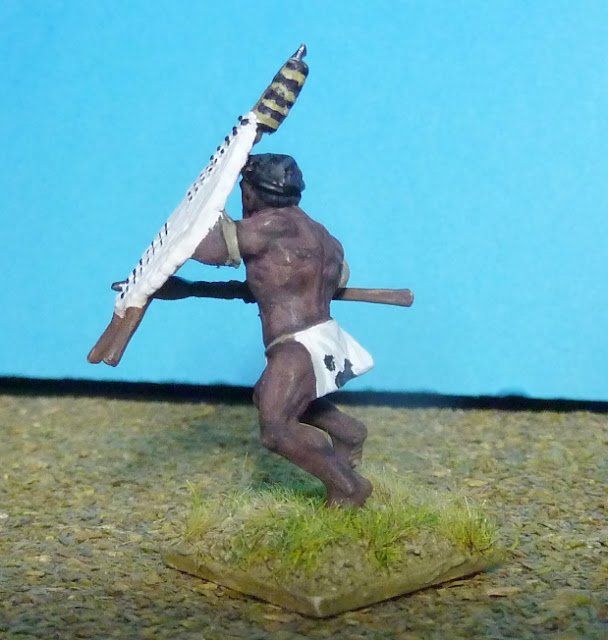 I bought the married regiment with their headrings.  The unmarried figures are modelled in full dress which would have been most unusual for a group of warriors taking the field.  In their leaflet inside the box Warlord claim that younger warriors were more inclined to wear full regalia in action.  Frankly, this is nonsense and is typical of the GW-style marketing speak that we get from this otherwise estimable company.

I will try to get some more figures painted up and look at the full content of the box shortly.  All in all though, my response if favourable without them being, as I had hoped, perfect. Surprisingly I don't see myself abandoning the Wargames Factory ones I have (as I thought I would) but I won't be buying any more Empress metals, except for leaders and characters.

Now all I have to do is decide which regiment this new figure is going to be the first of!
Posted by legatus hedlius at 12:02 8 comments: